So, as the title says, I just bought a QTron plus pedal with my stimulus money. I don't know a whole ton about gear, but I have been playing for over 15 years, so I'm not exactly a stranger either. I have a couple of questions about dialing in a GD sound. First of all, I've been reading on here about order of pedals and I think I have an idea of how I want to do it. Right now, I have a PRS SE Standard Santana>QTron>Thomas Crybaby>Boss Digital Delay>Traynor custom valve 40 as my rig. I don't always put the digital delay in the sequence as I don't have a real pedal board yet. Is my order going to give me the best signal all the way to my amp? My other question about this is, I don't have any dirt pedals. Instead, I rely on a channel selector footswitch because I really like the distortion channel that is built into my amp. Is that gonna play havoc on my setup?

Next question is, what are your recommendations for settings on the QTron to get that Jerry sound? I know he most likely changed it a lot for different songs, so let's say for sake of argument I wanted to play shakedown and fire on the mountain.

Overall, I'm not trying to really "copy" Jerry's sound, but I do want to incorporate parts of it into my playing in the hopes of starting my own jam band that can bring about the vibes of the dead.

Thank you all for reading!

#167305  by Hitime
Tue May 05, 2020 9:51 pm
I would get a volume pedal to put at the end of the effects chain so
you could have your guitar volume on max and control the vol after the effects especially the qtron ,I think the micro qtron is the better pedal and less expensive? I would play around with the order but qtron first and delay last for me i would get a soul food for boost also
lbpesq liked this

#167306  by PurpleTrails
Tue May 05, 2020 11:48 pm
You've got the pedal order right. Just took a peek at mine at the settings, and what I have from left to right is "mix," though I think it's kind of a toss up between that and LP, Slow response, Lo range, peak around 11 o'clock, gain all the way down to the left, boost off, and it's currently on sweep up, though for most dead songs it should be sweep down. Bit of caution, though: I think the last guitar I plugged into it had humbuckers, so with single coils you would likely want to turn up the gain to maybe 3 or 4. I have a clean OD (soul food) in the loop of my qtron+, and will sometimes engage that to boost the signal.

You're going to have to play around a bit with the settings to get it to respond right. Any envelope filter is pretty finicky without an OBEL in the guitar, and you'll have to tweak it a bit depending on the strength of your pickups and interaction with the amp. You want it to trigger, or have the overload light come on, depending on how much you dig in with your pick dynamics, and you probably want to dime your guitar volume so that the input is consistent. Use your g-string to judge this. You'll also probably find that rolling down the tone on your guitar maybe a quarter turn will help.
WheelToTheStorm liked this

#167307  by WheelToTheStorm
Wed May 06, 2020 2:58 am
Thank you! That's some good info! I also forgot to mention that my amp has an fx loop option. I think I'm gonna start putting my delay in the fx loop and keep everything out front. I was planning on my next purchase being either the Boss OC-2 (used) or the electro Harmonix pitch fork. I like the driving sound Jerry gets in FOTM with one and I also realized that Jack White from the White Stripes uses one a lot to get those good screaming leads.

I've been playing half my life and am just now getting into gear. It's been fun!

#167308  by PurpleTrails
Wed May 06, 2020 7:31 am
Personally I'd opt for an OD pedal of some type first, or maybe a phaser. Even though you said you use channel switching on your amp to get distorted tones, being able to kick in just a tad of OD is helpful in a lot of Jerry solos. I have an EHX micro POG on my board to fill the octave role, and it's pretty much the least used pedal I have.

PurpleTrails wrote: ↑
Tue May 05, 2020 11:48 pm
Any envelope filter is pretty finicky without an OBEL in the guitar, and you'll have to tweak it a bit depending on the strength of your pickups and interaction with the amp.

Personally, I eschew an OBEL as I prefer to go wireless. I had my custom Alembic Further built without the OBEL. As suggested above, I put my volume pedal at the end of my effects chain and leave the guitar volume at “10”. That way, just like with an OBEL, the effects always see the same signal. As for order, I have my wah-wah pedal first and envelope (Mu-FX Micro-Tron III) next.

And I, too, like the EHX Micro-Tron more than its big brother.

I remember seeing that a while back, and thought it was interesting that he put his boosts and OD pedals before the Qtron+. Unless those are always on, or set for unity gain, you would think they would play havoc with the response on the envelope filter if he switched them on and off.

I'd highly suggest picking up some kind of cleanish boost to put before your QTron, it seems to really help them if you don't have an OBEL or preamp in your guitar to help push them and get them real consistent.

Hope that can help.
Jon S. liked this
I'm PedalFreak on TGP and TDPRI 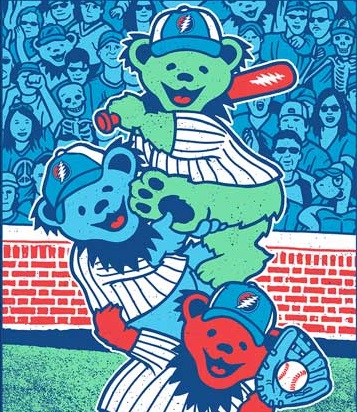 It does and welcome to RUKIND.

It does and welcome to RUKIND.

Thanks Jon! Actually been around these parts for some time, signed up for an account a few years ago after something changed and I couldn't see a photo without being a member. Haven't really commented here, just mainly "study" up on a lot of the good info here