#162764  by pomaikai
Tue Oct 02, 2018 7:33 pm
Hi everybody-
Been into the grateful dead for a long time, first saw them in 1986 when I was a teenager. Grew up in the north bay area around the cult of tone. Worked at EMG as a lad and some of my good friends from high school worked at Alembic over the years. Had an early what I think was an Irwin that the headstock broke off of when it fell face down and I've been chasing the hippy guitar vibe every since. Been playing guitar since I was 12. Played in various bands over the years, got to open for Zero a few times. Was good friends with Doyle Bramhall II back in the day.

I build amps as a hobby, on disability retirement for chronic fatigue, so I don't get out much anymore to play or see shows. As I get older I appreciate Jerry's playing more and more and want to add that clean modal playing to my vocabulary and get out of the blues box habit.

Last year I acquired a bunch of gear from an old deadhead's estate (may he rest in peace) and so I've been going down the rabbit hole with JBL's, Twins, Gauss and alembic stuff. Lots of good info on here that helped me out, so I thought I should join up and pitch in with some of the stuff I've learned over the years myself.

Cheers! Erik
Gr8fulCadi, ac4468, Bigfoot Co. and 4 others liked this 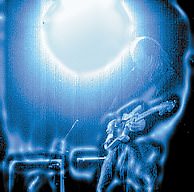