The jam during Help

The jam during Help

I've never played the solo part, I usually just jam through it, but I am itching to figure out what more to do here...
Play music, expand the mind, inspire...

I'm not very technically oriented so I'll communicate this the best I can.

Here's the notes I play:

I would guess this is some kind of Fm or Cm scale. For a more funky and bluesey and less spacey feel I riff in F blues pentatonic. That would be excluding the G and D. I find this works well over the Fm and Cm portion. You can even go to C blues pentatonic over the Cm chord as the difference between the C and F Blues scales is the C scale has the G and the F has the G#.


Over the "poised for..." portion you have to play around a bit to get the feel but the minor scales are a better fit than the pentatonic.

I'm sure others approach this differently, but this is how I look at it.

Thanks again, as always...

Geez, only 3 days in the forum and I'm already learning some great stuff. This'll keep me busy for hours....

Gotta run, open mic night tonight. I just learned "High Time" this afternoon and I figure I'll wheel that one out to the crowd...that should be a stinger!
Play music, expand the mind, inspire...

Re: The jam during Help

In the first four bars of Fm I either play around with a V7 to i in Fm (so I play around with a C7 arpeggio and then resolve by playing around a Fm arpeggio) or I play the approach tones for Fm, so in order E-F then G-Ab then B-C then D-Eb.

In the next four bars of Cm I play around Cm arpeggios, sometimes emphasizing the 9, sometimes using chromatic enclosures and scalar enclosures. I might also play around with a V7 to i in Cm as well, playing the arpeggios.

Then in those last eight bars of Fm to Eb to Dmin7b5 I play again with the Fm arpeggios and then to resolve to the Dmin7b5, I play what Jerry does, on the G string play these frets 8 10 8 7.

Repeat for the second round, but then in those bars where it goes Fm Eb Fm, I play a melody in the scale that resolves to a chord tone.

Sorry I don't know how to write tabs I actually just got an account after a year of looking through these forums.

A lot of these soloing bits are about chromaticism, so don't be afraid to lean into those b5s and major 7ths of the chords and chromatic runs in general.

The scales I use are f dorian, c min pent and f minor pent, again leaning into 5 b5 4 triplet pulloffs.

Jerry plays with pedal tones in the solo bits and those sometimes sound super cool.

Scale runs, and sequencing are very good for this song.

Learn the arpeggios of the chords

Make sure you keep the rhythm interesting, Jerry usually starts playing on the upbeat.

There are some great vids on YouTube that do lessons on Jerry's solos in this song note for note,check them out!

Check out Jdarks tabs for the solo.
MikeMcA liked this

Re: The jam during Help

let me know if you have any questions ... a link to the TAB is included in the description of the video... have a most grateful day! 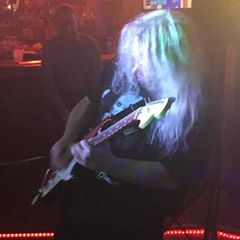