Here's what I've come up with so far:
- Travis Bean TB500 gen1 body shape (like the 3 single coils one Jer used in 77) in natural color (not decided on wood yet).
- Most likely tuneomatic style bridge, EVO gold or SS frets, set neck.
- built in bypassable buffer (most likely CAL redeemer), OBEL.

Next step would be pickups... I would love 3 pickups but only two is not entirely out of the question. I don't mind mismatching stuff, like P90s and a single or HSH for example but I'd like it not to look awful either.
I love both Jerry (60-70s) and Bob's gibson 335 tones.I think I prefer Jerry's single coil and P90 tones than humbuckers but that might be biased by the fact I prefer those year in general for the band.

I've been looking at single coils but don't really want 3 singles cause I love strats and already have one. P90s got my attention a couple weeks ago, H/S/P90 (B/M/N) could be an option...
But today I stumbled upon firebird pickups. Lollar, duncan, klein for examples.
I've listen to some demo videos and I think they sound quite fantastic. 3 of those with a 5-way switch might be really cool. They seem to have a clear and fat single-coilish tone

Any opinions on firebird pickups ? P90s ?
Other ideas ?

I can't comment on Firebird PUPs as I know nothing about them.

I think a H-S-P90 arrangement could be great. That's essentially what I have on my own modded '99 USA Reverend Avenger (below). The neck PUP is a Dimarzio Super Distortion that I bought new in '76. The middle PUP is a 6.2K Dan Armstrong Strat-type PUP that started out as the stock bridge PUP on my Avenger (very nice Jerry-ish tone). The neck PUP is an overwrapped Fralin Steel Pole 43, clocking in at 9.0K ohms, intended by Lindy as a P-90-ish sounding single coil. This isn't advertised on his site but I had Lindy custom-tap mine at 6.0K so I can switch between P90-ish and true Strat-ish single coil tones on the neck PUP.

These days, I find myself playing my Avenger more even then my Tiger and Wolf guitars because the Avenger is so versatile. I'm playing a wider variety of music these days than ever and the Avenger's HB-SC-P90-ish set up lets me readily cover everything. 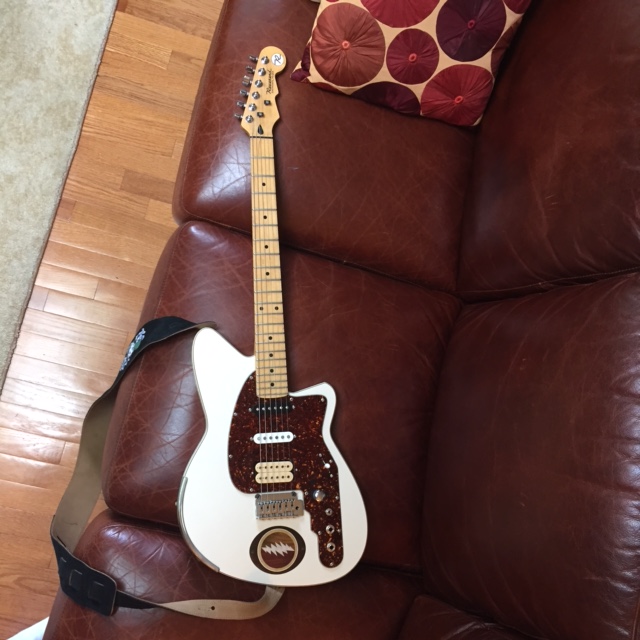 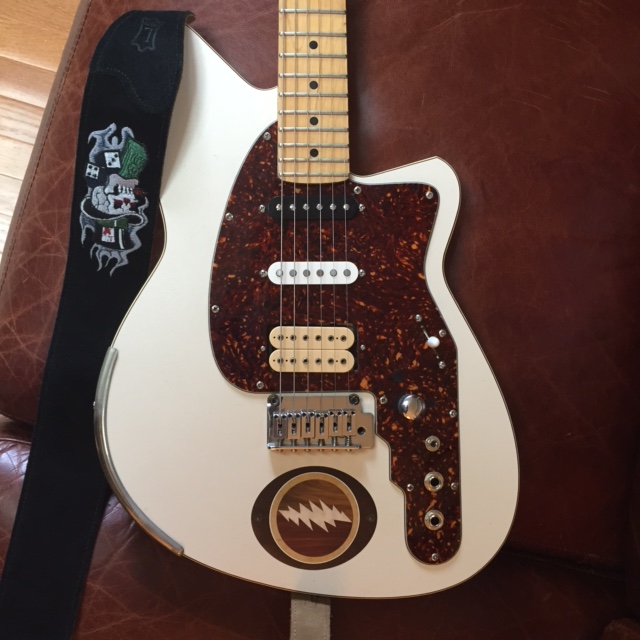 #168139  by jackevorkian
Thu Sep 10, 2020 1:54 pm
The only pickup you really need for Garcia stuff is a single coil Strat style middle pickup. I've had the Klein 69 and thought it sounded great, but there are other options. People seem to love the D Allen Voodoo 69. The Fender Custom Shop 69 sounds great. Just pick one and call it a day.

For the neck pickup, I prefer something "big and clear". For me, that's a Charlie Christian. Firebirds also sound pretty nice for that purpose.

For the bridge, I like something that can bring the grit with a turn of the volume knob. A kinda hot a P90 or a humbucker can do that. As can a Firebird.

I like the visual symmetry of a pair of Firebirds and a strat single coil in the middle.

I like the sound/look of a dog ear P90 bridge, strat middle, charlie christian neck. Kind of a visual hodge podge, but it sounds great.
Jturbide liked this

#168141  by Jturbide
Thu Sep 10, 2020 3:33 pm
Thanks guys, yeah middle strat pickup seems pretty mandatory but I'm scared it will clash too much aesthetically with the little and chromed firebirds.

Maybe a lipstick strat middle pickup would be more pleasing to the eye ?

I might also go with only two firebirds to save a bit (this is gonna be a pretty expensive guitar already for me so..)

#168143  by lbpesq
Thu Sep 10, 2020 3:40 pm
I would think aesthetics take a back seat when putting together a Jerry guitar. Just take a gander at Alligator - Jerry didn’t seem to care too much about looks.

#168147  by space
Thu Sep 10, 2020 6:05 pm
Mount it on a "plate" so u can experiment
I believe thers a couple guys on here make the plates
JG had that for wolf SSS SHH
U can make one urself using plexi, if only for experimenting
T
Jturbide, lbpesq, Gr8fulCadi liked this

lbpesq wrote: ↑Thu Sep 10, 2020 3:40 pm I would think aesthetics take a back seat when putting together a Jerry guitar. Just take a gander at Alligator - Jerry didn’t seem to care too much about looks.

As far as p90’s, won’t be exactly Jerry but can pull off a early Jer tone vibe. I have 3 p90’s in an Ibanez AS83. Even with a shorter scale and p90, using the middle pickup with a Twin Reverb, still puts me in a Jerry ballpark. Far right field but still ballpark.
Jturbide liked this

Here's what I've come up with so far:
- Travis Bean TB500 gen1 body shape (like the 3 single coils one Jer used in 77) in natural color (not decided on wood yet).
- Most likely tuneomatic style bridge, EVO gold or SS frets, set neck.
- built in bypassable buffer (most likely CAL redeemer), OBEL.

Where are you going to find a TB500 that isn't an astronomical price?
Jturbide liked this 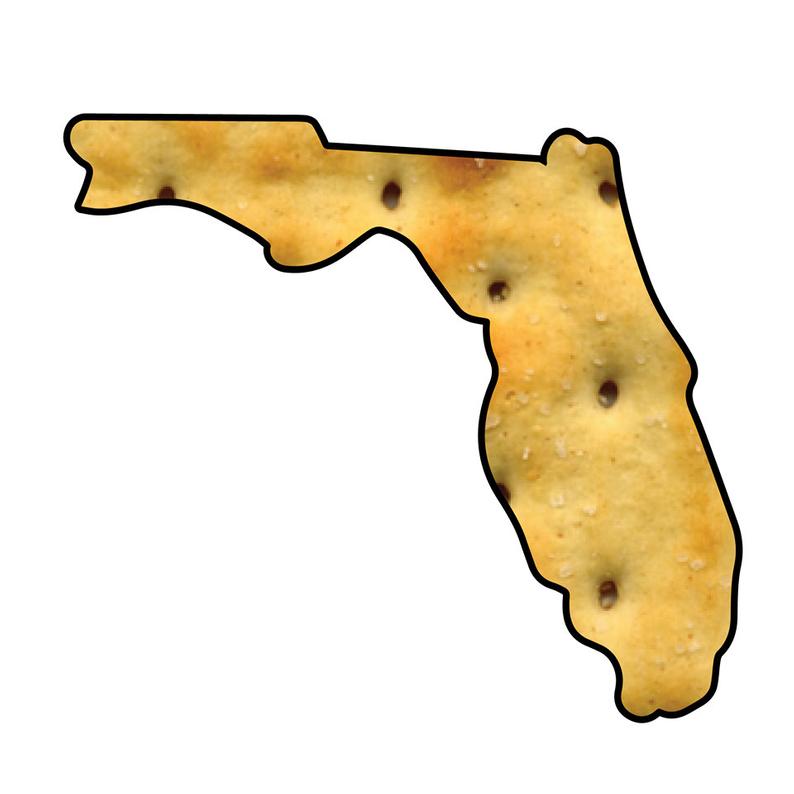 #168154  by Jturbide
Fri Sep 11, 2020 5:49 am
I am going with a guitar builder who build you whatever you want. He does not order bodies and neck, he makes them. I already told him I wanted a tb500 gen one body shape and he didn't turn my idea down. Might not be a 100% exact replica but I'm hoping it is really similar. Will also most likely be less deep and heavy so that's good. I can also choose any wood species I want (price will obviously vary).

Not decided on the fretboard wood yet but most likely something dark in colorlike rosewood, ebony or wenge

I was thinking about mounting them directly to the body. A mounting plate could be a great idea but correct me if I'm wrong but mixing 3 pickup plates and 2 pickup plates might not work. Or at least might require some more soldering when you switch so the circuit fits the newly installed one ?