I am building a Jerry-caster guitar and need some help!

I have the Walk TCP1 (buffer?) and and trying to wire it up. I am not using an OBEL, so I cannot use all of the available Jerry wiring diagrams because they include that. I know I need a stereo jack. I am using the same pickups Jerry used. from the neck to the bridge - it will be SHH, with splits for both humbuckers. I have the switches for those. Does anyone know if any wiring diagrams out there that address this specific setup? I even bought a 250k/500k mil spec tone mod-pot from AO guitars. I basically bought everything I need that was listed on this site - http://www.aoguitars.com/pricing-5

Anyone close to Western NY that wants $100 to wire this bad boy up?

Thanks for any help!
Deadheadjesse liked this

or just wait for Waldo 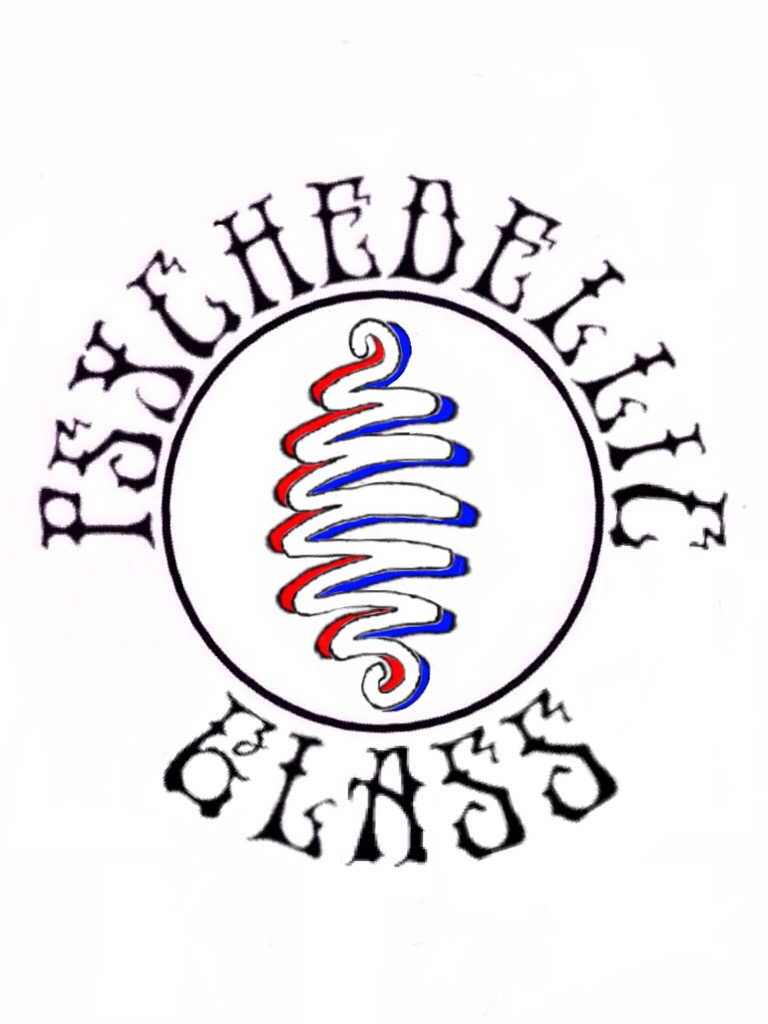 If you don't want the OBEL you just eliminate the bottom switch and the left jack (lugs 33-41). Eliminate the green wire taking the signal from the lower switch to the 25k pot, then run the yellow wire from the "buffer out" directly to the lug on the 25k pot where the green wire was. That routes your signal from the switch > buffer > 25k volume pot > output jack (blue>yellow>pink). You still want to use a stereo jack for the output so you disconnect the battery when you unplug.

What kind of guitar? Your handle says "tele"? If you want to jerrify a tele you might need to enlarge the control cavity- and all that entails. 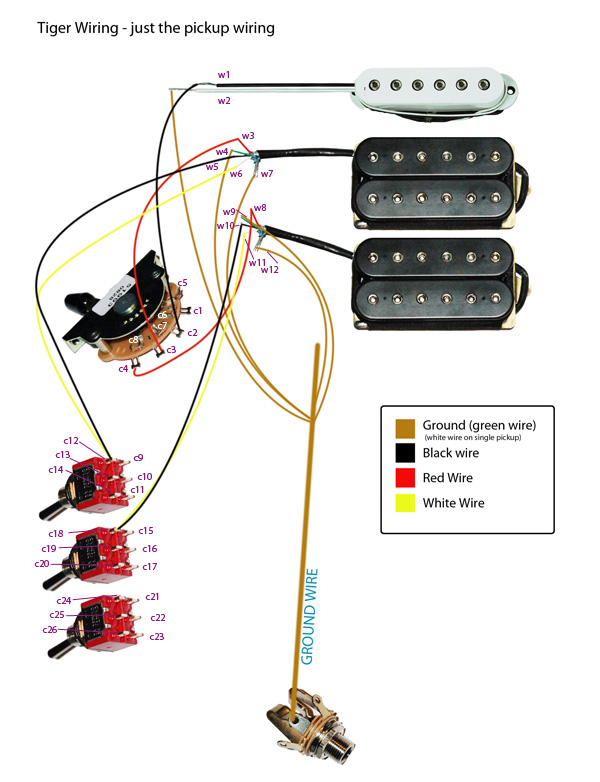 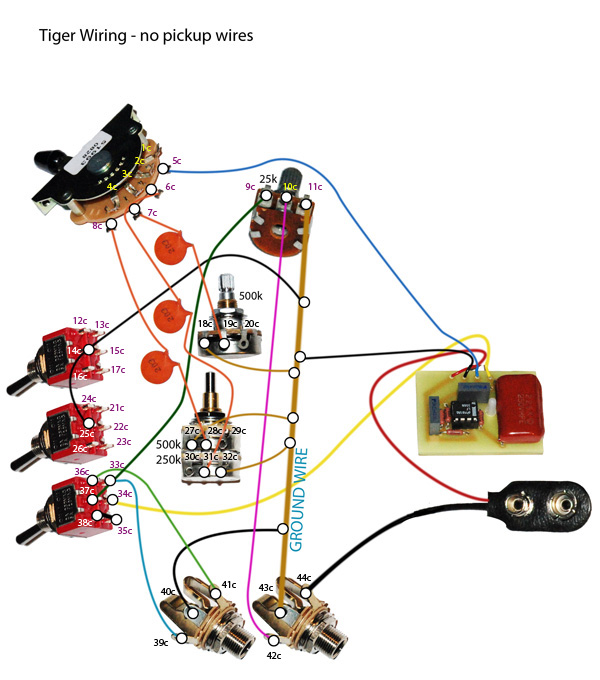 (Disclaimer: IIRC there was one small error on the pictogram- I think one of the wires going from the tone cap to the ganged pot lug was reversed? I'm not sure if this is the original or corrected version. But the basic circuit for the signal path is correct. Someone else may remember more?)

I've only done this wiring twice (but it worked!), some of the guys here can do it in their sleep.