A place to talk about the music of the Grateful Dead
https://rukind.com/

by Rick Turner
My big project for 2013 which happens to be my 50th year as a pro luthier. I apprenticed in '63 at the Stringed Instrument Workshop in Boston, Mass.

OK, I'm going to do it...reissue a limited series of Autosalvage/Garcia Peanut guitars.

Pickups: The first one, mine, will have three Duncan Zephyr silver wound pickups. Neck
and bridge will be on one "stereo" channel on the tip; middle pickup on ring.

Controls: Probably a 3 way switch for the neck and bridge with volume and tone, volume
and tone for middle pickup. Tone controls will be push/pull for coil cut.

So the first one is going to be closer to what I played in '67 and '68. Future instrument can be more like Jerry's. All will have some improvements...the carbon fiber in the necks, better hardware, full shielding, EVO gold fret wire, better finishes. 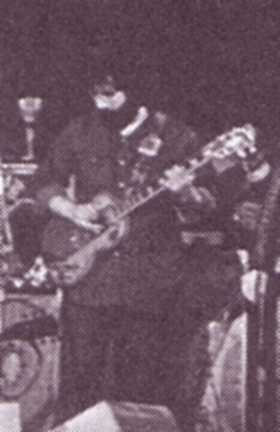 by tcsned
Right on! Post some pics as you get going.

"Autosalvage/Garcia" finally back on the radar.

by jkstraw
Wow - what an awesome project! Great way to celebrate this milestone! Really looking forward to seeing and hearing

by mijknahs
Very cool project Rick. And thank for taking your time to frequently post your memories and ideas on this Rukind forum. I feel honored to be able to interact with you.

The "Model 1" always reminded me of the Peanut. At least in the body shape.

That's gonna be pretty awesome! I can't wait to see it!

Random question: Did you ever hear Garcia's preference for neck shape/profile? What shape/profile will the 'peanut' get?

I'm doing the first one for myself, and I'm going with the over-the-top Duncan Zephyr pickups...silver magnet wire. I'll get working on it in a couple of weeks, and I'll post pictures as I get going on it. I'll probably set up to make half a dozen as a first run. Some with 3 pickups, some with two and the bird's eye plates that were on it when Jerry had it.

by tcsned
Awesome! Can't wait to see them.

by jenkins
That's really cool that you're making a reissue of the peanut, great idea for your 50th year.

The wiring configuration you're talking about for the first one, which is to be yours sounds very interesting.
THe original peanut just has standard wiring or was it wired like that/

Have you wired and//or played a guitar that's wired like that before? What kind of addvantages/disadvantages do you see to having a setup like that?
To me it looks like it could be a little difficult to get set up right and dialed in but once everything's set up right it could be totally sick..
Any thoughts/theories on that setup would be greatly appreciated.

How exactly did jerry have peanutt wired, if you can remember, was his basically like a LP/SG setup or was it fullly custom?
Was there any sort of blaster/buffer in the original peanut?

Thanks Rick, it's totally unbelievable that we actually get to interact with one of the guys who helped make the Grateful Dead's sound possible.
All times are UTC-07:00
Page 1 of 3
Powered by phpBB® Forum Software © phpBB Limited