Just for info; I have a rider on my home owner's insurance which covers my guitars, even if they're stolen or damaged away from home...
www.deadguise.com


I think I'd pay him $500 although the absolute first thing that popped into my head after the "Found By A Dumpster" story was Fishy. But still, no questions asked means exactly that and $500 is a bargain for any Moriarty, especially your beloved.


On the positive side - you got no Thief vibe from him and that counts for a lot with me. Also he made you describe the guitar in detail, as if he were making sure you were really the rightful owner. A thief wouldn't care about that.

Also on the positive side, I just googled "J. Ruklick #005", probably the first thing a neutral person who knew nothing about the GD or guitars would do when finding it, and I got your testimonial on Moriarty's page with a link to your Flickr account. I can't see the Flickr account but it's probably the same one that talks about the theft and reward.

I'd show up with the $500 and I bet your gut will tell you what to do when you meet him.

Either way, it hurt my sol to see that sticky for the past several weeks, good things to good people.

You got it back and it is home, you would never be able to replace it for a few hundred anyway.
http://otislotus.net/ Finally finished our new site...

#95276  by gr8fullfred
Mon Mar 14, 2011 3:03 pm
Awesome that the guitar was recovered. Please let us know when you have it in your physical possession so that we may lite one up and celebrate with you.

First of all, to recover the guitar shows you have good Karma, very good Karma! And hopefully the recovery shows that the good thoughts and energies from the people of the board helped some also.

Advertising "no questions asked" IMHO means that you are seeking the return of the missing item, possibly from those responsible for the theft. By stating "no questions asked" you are saying that the return if the item is more important to you than prosecuting the perpetrators. And therefore I think that in order to keep your Karma on the good side, you should be an honorable person. So I would tend to pay the stated reward. However one could consider notifying the police as to the individuals that you recover the guitar from, as it seems that you did notify the police about the theft originally.
And you could consider bringing the police along with you to pick up the guitar. No questions asked does not mean you can't bring the cops with you to meet the dudes who recovered the guitar.

Just my $.02. But bottom line is that it is great that you recover the guitar. AWESOME!

#95278  by drkstrcrashes
Mon Mar 14, 2011 3:43 pm
Wolf home... safe and sound. I'm still in shock. I offered the guy $250. He took $200 and told me to keep $50. Was he involved? I don't know. I don't really care. It would have been nice to get the amp back, it was the cleanest and Mintiest Twin reverb I've ever seen. All original RCAs and was freshly gone over with new electrolytic caps. Sounded like GOD, and Jerry.
Dude said he found it in the parking lot of his step-dad's bar. maybe we'll get a gig out of this.. LOL. bar is called Murpheys in Arlington Heights. That's a town half way between me and where the dude lived.
That's the 411.
Pics and youtube stuff to follow. Thanks again to everyone who was concerned.
-peace

#95279  by tcsned
Mon Mar 14, 2011 3:47 pm
That's awesome news! The dude's story is strange but you never know, I tend to be trusting of folks in general. Either way, you got the more irreplaceable item back at minimal cost relatively. I'm sure you're spending some time getting reacquainted with an old friend. Enjoy!!

#95282  by Stone
Mon Mar 14, 2011 5:21 pm
Perhaps the thief wanted a Tiger or Rosebud and returned it....lol. Glad you got it back. Reminds me of how easy it is to get loose with gear. I left my backup Strat at Reggies Music Joint for a few weeks and managed to get it back. (thought it was loaded in the truck the whole time).

Congratulations, I am glad to know someone is having some good luck these days.
Check out www.oceansofosyrus.com 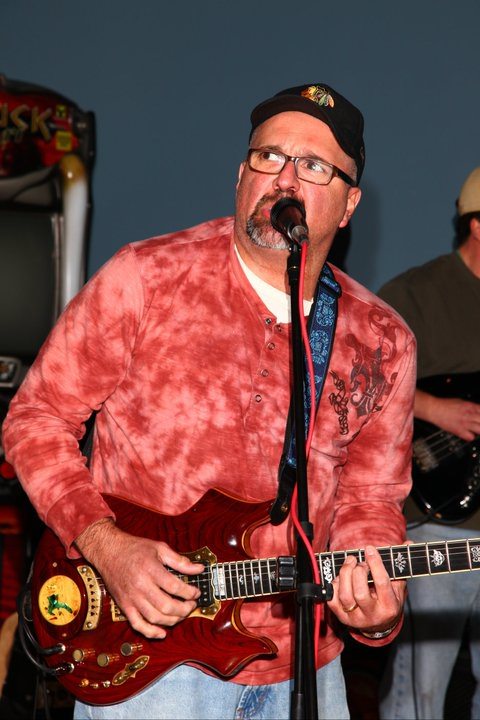 Guy could be telling the truth! Some scumbag probably took the the guitar and tried to pawn/sell not realizing what he had, wasn't offered enough or told what he had from knowledgeable shops and dumped it!